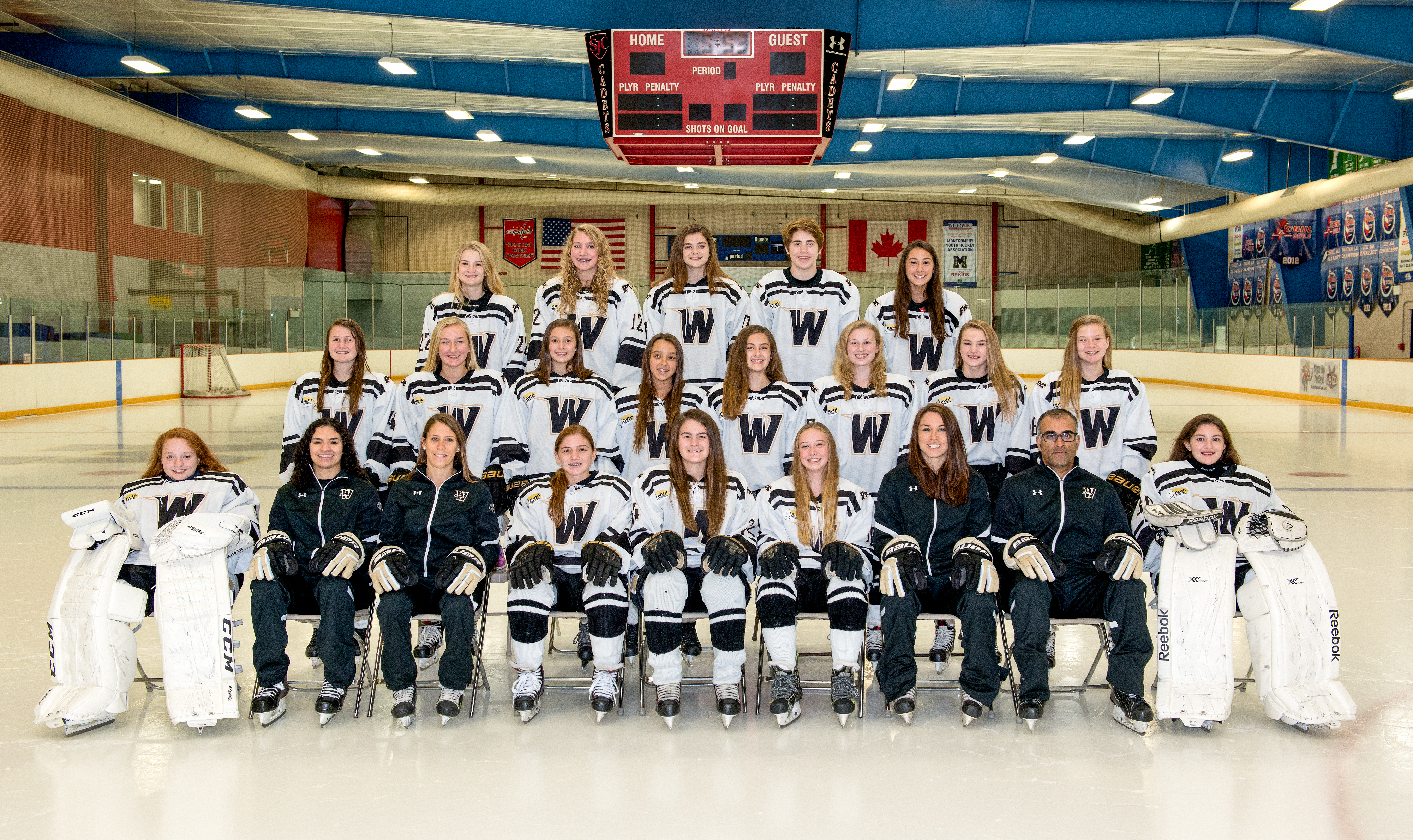 The Pride U19 team embarked on an epic trip to The United Arab Emirates April 17-22, 2019 as guests of the UAE Embassy.  The team had an opportunity to view the IIHF Asia Challenge Cup of Hockey in Abu Dhabi, as well as work with the UAE team and local hockey players.  On a day visit to Dubai, The teams played an inter-squad game at the Dubai Mall, which is the largest Mall in the world.

The players had an opportunity to visit The Grande Mosque, The Louvre Abu Dhabi, The Burj Khalifa (worlds tallest building), and other historic sites in the UAE.   This was a historic visit by a hockey team from the United States in the name of Sports Diplomacy and cultural exchange.

The Washington Pride College-Prep (U19) team will be heading to Europe this winter to take on some tough International competition:

NEWARK, N.J. -- When the Metropolitan Riveters celebrated Alexa Gruschow's first-period tally, they didn't know they were celebrating a game-winning goal.

A massive defensive effort and an MVP performance from goaltender Katie Fitzgerald led the Riveters to their first Isobel Cup, a 1-0 win over the Buffalo Beauts in front of a sellout crowd on home ice.

In the third rendition of the National Women's Hockey League's championship, the Riveters broke the Buffalo-Boston run that had lasted the previous two seasons. The Beauts were looking to repeat for the first time in league history.

That was never going to be easy against a goalie who didn't allow a goal the entire postseason.

"I went through a little slump at the start of the season," Fitzgerald said. "But the moment the team started to turn things around, I felt it personally as well. I was trying not to put pressure on myself, just take it period by period."

It was just six minutes in when the Riveters would take the lead for good.

NHL partnership a step in the right direction for the NWHL

Gruschow was stripped down to the ice but still got enough on her shot to give the Riveters the early advantage. Miye D'Oench found the outstretched NWHL MVP as she was about to collapse in front of the crease.

Little did anyone know how long that goal would stand.

"I slid it over to Miye, and she had great patience and poise," said Gruschow. "She got it right back to me on my stick, it went through the defenders' legs -- I saw it on the other side and went after it. I fell over the girl's stick and flipped all around and celebrated on my butt. But that made it even better."

The Riveters' defense closed in around the net and knocked away any chances the Beauts got, and when a puck did get through, Fitzgerald was there to turn it aside.

The end of the first period was a scary scene when Buffalo's Sarah Casorso was assessed a 10-minute misconduct for checking Madison Packer. The Riveters veteran was down for several minutes before skating off, and she returned to the game later on.

That 10 minutes without Casorso set the Beauts lines back and carved into any momentum they tried to build while attempting to respond to Gruschow's goal.

A calmer second period didn't result in any goals and Fitzgerald continued to make stops. On the other end, goaltender Amanda Leveille kept the Beauts alive.

The best chances for Buffalo came in the first period soon after Gruschow's tally. Rebecca Vint was denied by the extended stick of Jenny Ryan right along the goal line, and moments later, Fitzgerald stoned Hayley Scamurra's breakout shot.

The Riveters had to counter a flurry from the Beauts in the third. Any second chances were turned aside, not allowing any Beauts sticks to get to them.

The Beauts had Leveille out of her net with time running out, but the Riveters kept pushing and sailing the puck down the ice. In the end, Buffalo couldn't get that final chance as time ran out.

After two seasons at the helm, Riveters coach Chad Wiseman is moving on to coach junior hockey in Ontario. But he's going out in style with an NWHL championship.

"I can't say enough about these girls," Wiseman said. "How proud I am to be their coach. Not just this year, but since the inaugural season. The girls earned it."

For many Riveters, this was their first chance at winning a major championship. For all the players have been through, from playing in a second-bit rink to winning the title with the support and backing of an NHL club, the New Jersey Devils, it symbolizes progress.

"I don't how to express how that feels," Wiseman said. "From the first season at the Aviator with no dressing room throwing our stuff all around, and now we're playing at an NHL facility."

The Barnabas Health Hockey House was standing-room only and the livestream broadcast of the game exceeded 45,000 live viewers. It was a far cry from last year's championship and continues to push forward the future, something not lost on the athletes on the ice.

"It was amazing -- the crowd was bumping," D'Oench said. "We appreciate every single person who came. It was such a great atmosphere. This is what women's hockey should be like."

Next season, the Riveters return for the first time as defending champions.

"You just try to enjoy it," Fitzgerald said. "It's the best time of year -- it's playoff hockey."